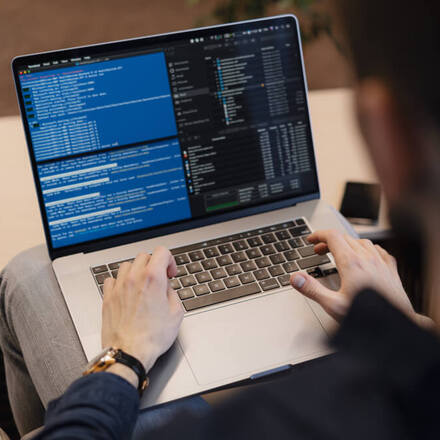 IT touches every aspect of our lives; it’s helped introduce self-scanners at super markets, cohesive omnichannel brand experiences, and is the driving force behind the machine learning technologies that predict patients’ risk of heart failure and other deadly diseases. In fact, Statista projects that revenue in the IT Services market will reach a market volume of $1.57 trillion in 2027, with an annual growth rate of 7.1%.

It’s no surprise businesses are investing in their software development teams, with millions of students around the world preparing for careers in the industry. In India alone, it’s estimated over 1.5 million students graduate with engineering degrees every year. Yet, in order to succeed, they need to be on the cutting edge of software development and technological trends.

From emerging programming languages to new software development approaches, there are countless opportunities for businesses and aspiring developers to get a head start on the competition by adopting new trends before they reach the mainstream. Here are the top 7 leading technology trends we predict will define the software development industry in 2023.

As 2023 approaches, let’s take a closer look at some of the hottest technologies that will be topping the trends lists in the coming year.

Progressive Web Applications, or PWAs, blend the best parts of mobile and web apps to create a website that is reliable, installable and responsive. Instead of asking users to download a product from an app store, PWAs allow them to access a brand’s services immediately in any browser while retaining the beloved characteristics of a native mobile app.

PWAs can reach anyone, anywhere in the world, on any device using a single codebase and aim to make capabilities previously limited to platform-specific apps accessible via the web using modern APIs. For users, this means more consistent experiences with businesses; for businesses, this means improved brand perception and performance.

Rust is one such emerging language, with usage up 31% between 2020 and 2022 and only expected to grow. Rust has become increasingly popular with developers as an alternative to C++ because it can help avoid security issues relating to memory.

Originally launched in 2010 by Mozilla, it is popular with developers who prioritise security and memory safety and is used by AWS, Google and Microsoft to write secure code. In 2021, Microsoft joined Mozilla as a founding member of the Rust Foundation and formed a Rust programming team.

For consumers, these developments in mobile technology mean faster connectivity speeds and load times, allowing people to do more with their devices. For businesses and developers, 5G will be integral to delivering advanced technologies such as augmented reality and will support cloud-based computing, including gaming services.

It’s no surprise that many leading businesses are investing in 5G applications, including revolutionary medical apps that connect isolated patients to doctors and intelligent programs that personalise the retail experience. We can expect to see the rate of adoption grow in 2023.

Serverless computing sees cloud providers manage their users’ servers on their behalf, allowing them to run code for almost any application without managing servers.

While this model isn’t technically ‘serverless’ as it doesn’t do away with servers entirely, the end user can work within the cloud without a server. Instead, the cloud provider allocates machine resources, including technologies for running code and managing integrated applications, based on demand.

For developers, serverless mitigates the need for capacity planning, scaling and physical servers. It reduces costs, enhances productivity and supports scalability. One of the most popular supporters of serverless applications is AWS Lambda, which allows developers to build web applications, process data and automate processes such as database management and document indexing. The most popular languages amongst Lamda users are Python and Node.js.

Serverless is the future of cloud computing, and with development tools like Serverless Framework entering the market, which supports auto-scaling apps on AWS Lambda, it’s essential for developers to understand the scope of its capabilities.

As put by Gartner, “Serverless architectures enable software developers to focus on what they should be doing — writing code and optimising application design — making way for business agility.”

First introduced in the 1980s, 3D printing is not a new technology by any means. However, whereas it was once viewed as fit only to produce aesthetic prototypes, it now has an expansive range of applications.

Many of the most intriguing and innovative uses of 3D printing are within the healthcare sector; customisable CAD models can be used to produce prosthetics, bone replicas for patients and surgical tools. Developers interested in working with 3D printing technologies, with tools such as Fusion 360, Solidworks and Blender, should brush up on their machine learning and modelling knowledge.

Whether you’re a fan of Meta or not, there’s no denying that the Metaverse has dominated technology conversations in 2022. Many believe the Metaverse to be the future, with everything from social hangouts to e-commerce transactions beginning to happen in this digital representation of our world.

Developers looking to invest in their future in this world will need to consider the technologies that will form its foundation. Metaverse will exist within web 3.0, with augmented, virtual and mixed reality facilitating user interactions. Companies like Amazon are reportedly going as far as to hire developers to work on Metaverse technologies.

There is a clear opportunity here for both corporations and developers to reap the benefits of the metaverse by differentiating themselves from the competition and engaging with customers in new and innovative ways. The challenge for developers will be to produce new ways for users to connect via their devices in a world that is not physical, which will require a knowledge of programming, XR technologies, SDKs and potentially animation.

While Python is not a new programming language, it’s only growing in popularity. Developers looking to be on the cutting edge of innovation should invest time in learning Python as it’s widely considered the best language for many of the hottest technologies that will define 2023, including machine learning and big data.

What is a progressive web app?
A progressive web app, or PWA, is an application delivered via the web that can load even when the user doesn’t have internet access and uses the latest web capabilities to provide users with an experience similar to native mobile applications. They’re typically built using HTML, CSS, and JavaScript.
What is the next big thing in software?
Research suggests that software developers have been especially interested in adopting Rust, with usage tripling in size between 2020 and 2022.
What is a technological trend?
Technological trends show the shifts that are happening in the software development industry. For example, they highlight new products developers are using or approaches that are becoming common practice. It’s important for industry leaders to stay on top of trends to keep ahead of the competition. 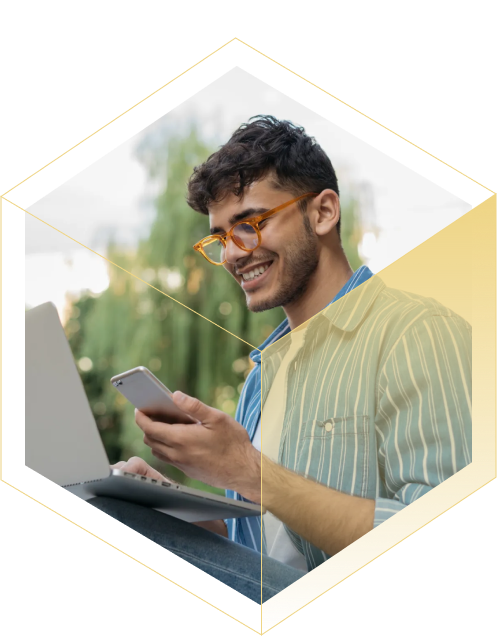 We assemble, you scale

We Assemble your offshore team, the administration, human resources, and provide you with a dedicated European liaison so you can focus on what you do best – grow!
Let’s Talk

What would jump to mind if we were to ask you to think of the most innovative industries? Manufacturing? Science? Communication? According to a recent LexisNexis report into innovation, when combined, information technology and electronics are the second most represented sectors when it comes to driving innovation. As such, IT is changing how the world functions and looks. … 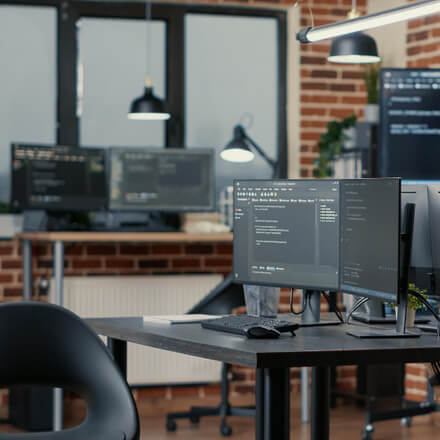 IT is one of the business world’s fastest-growing industries, with new products and models released every day. The speed of the industry’s evolution is thrilling, and businesses that choose to invest in these innovations will reap the benefits in the coming years. … 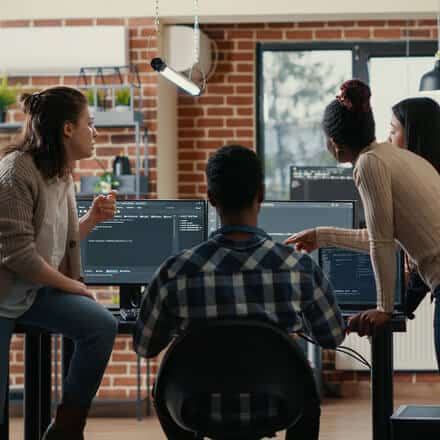 Dedicated Team Model: Approach and Benefits for Your Business

A software development project begins well before the formal kick-off meeting. Even before the development team itself is built, you must select the most appropriate cooperation model for your project. … 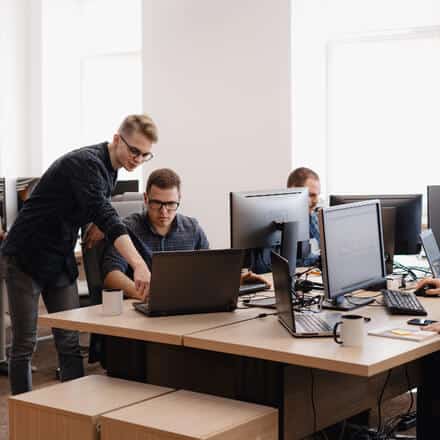 More and more Western-based companies are outsourcing their IT development to India. But is it something you should consider? Here are seven amazing benefits of outsourcing to India. … 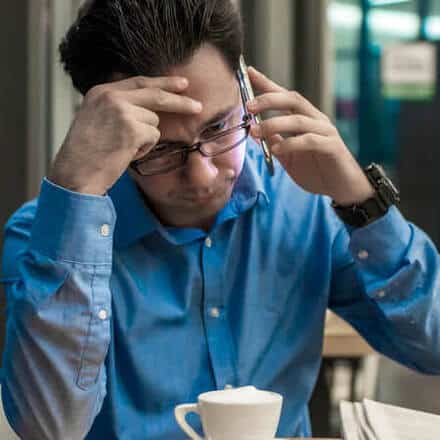 Project failure is something any project manager has to grapple with from time to time. Luckily, you can save failing projects from disaster with the right approach. … 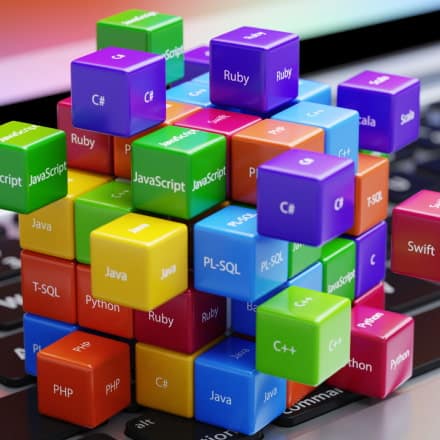 6 Programming Languages Your Business Should Be Using

Did you know that over the decades, humans have developed thousands of programming languages? This may feel overwhelming if you’re building a new software development team or trying to figure out which language is best for your business. …

One of our customer success managers will get in touch with you within 24 working hours. Note: We don’t sell your information and follow GDPR norms strictly.